Animal is the debut studio album released by Ke$ha. It was released on January 1st, 2010.

Kesha had been recording demos for several years, when one of her demos ended up in the hands of Samantha Cox, senior director of writer/publisher relations at BMI. Cox, who had worked with Kesha before, passed along the demos to a friend at BMI, who passed it to the manager of Lukasz Gottwald, known as Dr. Luke. At the age of eighteen, Kesha signed to Dr. Luke's label, Kemosabe Records, and his publishing company, Prescription Songs. Luke was busy with other projects at the time, and Kesha ultimately wound up signed to David Sonenberg's management company, DAS. While at DAS she worked with several top writers and producers, but rarely worked with or even spoke to Luke. DAS searched for a label deal for Kesha despite her still being in a signed contract with Luke. Kara DioGuardi, an artists and repertoire (A&R) representative for Warner, was also interested in signing Kesha but the deal never went through because of the outstanding contract with Luke. Shortly after, Kesha and DAS parted ways and Kesha wound up reunited with Luke.

At the end of 2008, Luke was working on a track with Flo Rida called "Right Round", and the two decided they needed a female hook. Luke decided to have Kesha perform on the song and within two months, it was a number one hit in multiple countries around the world. The event led to Kesha being sought after by many major labels, and she eventually signed a multi-album deal with RCA Records. Kesha explained that she chose to sign with the company due to how well she got along with RCA A&R executive Rani Hancock, explaining that "Rani doesn't ever try to censor me, and I like being surrounded by strong, intelligent women."[1]

Kesha had been working on Animal for seven years prior to its release, and had written over 200 songs for the album. The abundance of material extended it from its originally planned twelve tracks to fourteen. Kesha felt that the album had an empowering, carefree message for young women. "For girls, I think it's an empowering record, it's funny, it's cheeky," she said. "I think people need to have fun with whatever they're doing—makeup, their clothes, music, live shows—anything you don't need to take too seriously, don't take too seriously."[2] When asked how the album related to her life, Kesha explained that the album was completely autobiographical. "I just write about what I live—literally, [...] I think there's a great pop song in anything and everything, any situation."

She cites her songs "Stephen" and "Dinosaur" as examples of this. She explained: "it's about this guy I've been stalking since I was 15. I wrote the song when I was 16 with my mom, and I was like, "This song's so dope, I know it is". "Dinosaur" came "about [when] this old guy who was hitting on me, and his toupee was kind of falling off, and I was like, "Oh my God, you're so old, you're prehistoric, you're like a dinosaur. D-I-N-O-S-A-you are a dinosaur." Talking about the genre of the album Kesha stated "I believe, sonically, the next record might be going. Me and my brother had a silly punk band before, and I loved pop music and I liked catchy music, but I think I also am possessed to be what some critics might deem as silly pop music. I think I have more shit to offer, so I think that "Animal" is a nice segue into the next record, hopefully."[3]

The photoshoot was done by Shelby Duncan. For lyrics, publishing rights, personnel, and more, see each individual song page.

The gallery below is a digital copy of the booklet.

Thank you to Christiansuxx for providing the tracklisting PNGs. 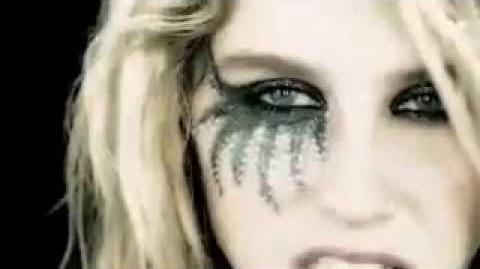 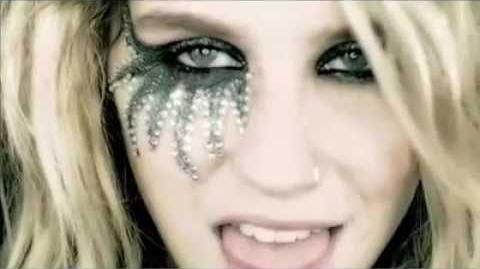 Retrieved from "https://kesha.fandom.com/wiki/Animal_(album)?oldid=21885"
Community content is available under CC-BY-SA unless otherwise noted.