"Here Comes The Change", registered as "Here Comes a Change", is a song performed by Kesha for the Motion Picture On the Basis of Sex. It was released as a promotional single on September 19, 2018.

The song was written for the 2018 film, On the Basis of Sex, which is about Supreme Justice Ruth Bader Ginsburg, who is known for fighting for women's rights.

On September 18th, 2018, Kesha teased the song by posting a photo of protesters with many signs, one saying "There is still work to be done." -Ruth Bader Ginsburg. Kesha captioned it "Let us all lead the change". The official artwork was released on the same day, which was done by Shepard Fairey.[1]

Kesha also wrote an article on Refinery 29 about why she wrote the song.[2]

On Oct. 29, 2018, Kesha performed "Here Comes the Change" live, with Wrabel doing back-up vocals, for the first time at the University of California, Los Angeles in partnership with the university's Music Industry Committee.[3] A video and the audio of the performance were uploaded to YouTube and music streaming services on Nov. 5.

On December 12, 2018, Kesha performed the song on The Ellen DeGeneres Show.

The music video was live streamed on October 24, 2018 at 1pm EST. Kesha live chatted with fans at the same time. A preview of the video was released on October 21, 2018.

The music video is meant to appear as an old time gray film and shows Kesha's parts in black and white. In the video, Kesha wears a fluffy pink dress as she dances around and plays the drums and the guitar. Her parts are intertwined with scenes from the movie. The song fades out after the second verse and a scene from the movie plays before the second chorus of the song plays. The video ends with another scene from the film and a quote from Ruth Bader Ginsburg herself saying, "There is still work to be done."

It was directed by Jonas Åkerlund, the same director who directed the music video for "Praying". The music video is currently Kesha's least viewed music video with only 600K views on YouTube.

Oh it's hard, I know it's hard
To be the lightning in the dark
Hold on tight you'll be alright
You know it's time

Is it a crazy thought?
That if I had a child
I hope they live to see the day
That everyone's equal

Oh here comes a change
We're comin' of age
This is not a phase
Here comes, here comes, the change 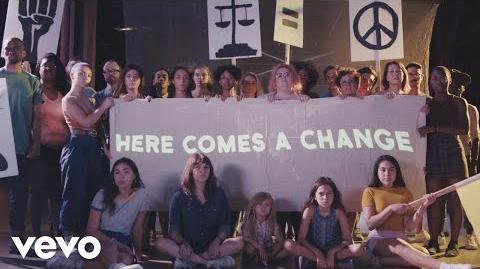 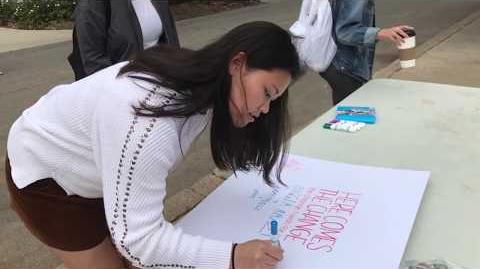 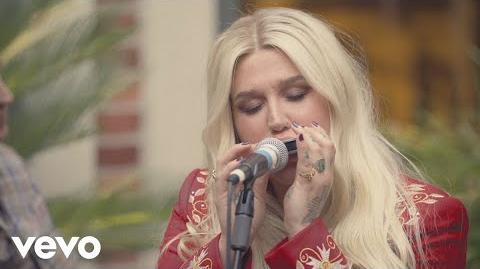 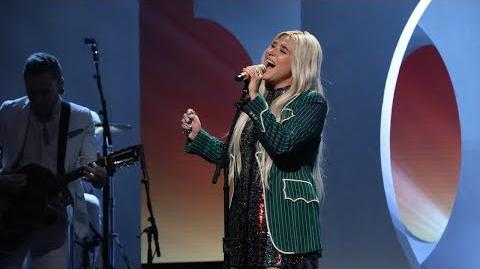 Retrieved from "https://kesha.fandom.com/wiki/Here_Comes_The_Change?oldid=21293"
Community content is available under CC-BY-SA unless otherwise noted.