The first season of Kesha: My Crazy Beautiful Life chronicles Kesha as she works through all the drama and adventures in both her personal and professional life over the course of two years, during her Get $leazy Tour. Filmed by her brother Lagan Sebert, and filmmaker Steven Greenstreet, it also encompasses the artist as she creates her second studio album, Warrior and travels to various countries. Season 2 focuses primarily on Kesha's personal life, family dynamics and the situations that occur when she tries to live a normal life during a much needed break from touring.

The first season received mixed to positive reviews. Metacritic, which gives reviews on a scale of 1 to 100, gave the show's first season a 55, which represents mixed or average reviews.

The episode "A Warrior in the Making", which aired May 21, 2013, was subject to criticism from the Parents Television Council due to a short scene in which Kesha supposedly drinks her own urine. 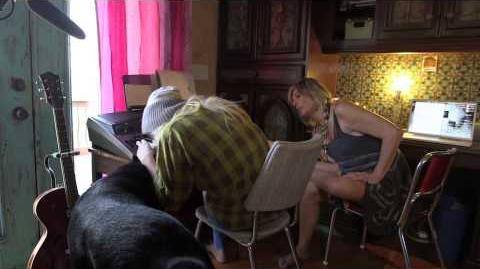 Ke$ha and Pebe working on "Warrior"

Retrieved from "https://kesha.fandom.com/wiki/Kesha:_My_Crazy_Beautiful_Life?oldid=22919"
Community content is available under CC-BY-SA unless otherwise noted.