Stefani Joanne Angelina Germanotta (born March 28, 1986), known professionally by Lady Gaga, is an American singer, songwriter, and actress. She is known for her unconventionality and provocative work, as well as visual experimentation. Gaga began performing as a teenager, singing at open mic nights and acting in school plays. She studied at Collaborative Arts Project 21, through New York University's Tisch School of the Arts, before dropping out to pursue a music career. She rose to prominence the following year with her debut album, the electropop record The Fame, and its chart-topping singles "Just Dance" and "Poker Face". A follow-up EP, The Fame Monster (2009), featuring the singles "Bad Romance", "Telephone", and "Alejandro", also proved successful. She is a friend of Kesha and supported her in her court battle against Dr. Luke.

On February 19, 2016, after Kesha was denied her preliminary injunction that would allow her to make music again without Dr. Luke's involvement, Gaga tweeted:

On May 7, 2016, Kesha covered Gaga's song, "Til It Happens To You" at the Human Society Gala in L.A. Gaga praised the performance, tweeting:

In 2017, Gaga was deposed in the Kesha v. Dr. Luke lawsuit. In an unsealed document of her testimony, she stated that her and Kesha were told a rumor by an executive from Interscope that Dr. Luke had raped singer Katy Perry as well. She also stated that she would speak to Sony Records about releasing Kesha and bringing her to Interscope and that she would look after her. It was also stated that she had first met Kesha in Dr. Luke's home studio and the singer was crying. 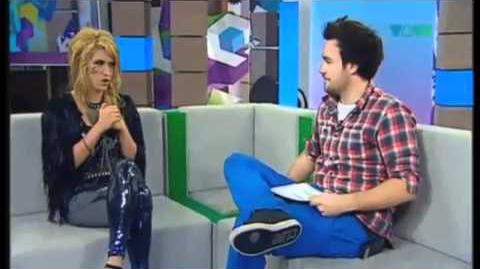 Ke$ha talks about Lady Gaga
Kesha was asked about her feelings about Gaga
Retrieved from "https://kesha.fandom.com/wiki/Lady_Gaga?oldid=21494"
Community content is available under CC-BY-SA unless otherwise noted.